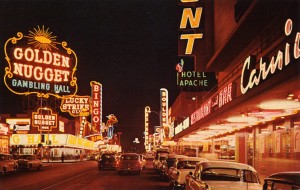 The novella I wrote after finishing A Superior Spectre has won a big prize! Joan Smokes is set in the early 1960s and centres on a woman who attempts to escape the past by travelling to Las Vegas. It tackles themes of reinvention, grief, trauma and love. Prize judge and Galley Beggar Press co-founder Eloise Millar praised the novella’s ‘pared-back, brittle language’.

‘The real magic is in how the author puts the reader so surely in the protagonist’s shoes,’ said Millar. ‘As an act of empathy, as well as a beautifully rendered work of literature, Joan Smokes shines.’

I find the judge’s comments completely overwhelming… I’m amazed and surprised by the win, and it’s terrific timing with A Superior Spectre also coming out in the UK this year. I even had a write-up in The Bookseller.

The novella will be published, and I’ll let you know more when I know…

I highly recommend you check out Mslexia, their magazine and their annual writing competitions open to women writing in English around the world.