I’m reading 20 classic, modern-classic or cult books. I aimed to read them all in 2011, but that’s beginning to look unlikely. Read more about this project here.

Why did I want to read it?

I had vague ideas about Gulliver’s Travels. I remembered Ted Danson being tied up by some little people in a film version I saw as a kid. I always loved the Michael Jackson film clip for ‘Leave Me Alone’, which plays on that moment with the Lilliputians. And Tom Cho riffs on that part in the last, eroticised story in his book Look Who’s Morphing. But it was Gideon Haigh’s recommendation of Gulliver’s Travels as a brilliant satire that made me seriously consider reading it.

When was it published?

All the way back in 1726, though it’s more accessible than many books I’ve read from later eras, such as the 19th Century. Oh, those romantics. My copy is from lovely Vintage Classics range (super cheap).

Gulliver can’t sit still. He finds himself in a series of fantastical lands with strange races (or species). He sometimes gets into a lot of trouble. He makes unforgettable friends. He learns how other societies can be run. When he tries to explain England to his new companions, it often comes across as ludicrous.

Tell us more about the author.

Jonathan Swift was born in 1667 in Dublin, and was educated at Trinity College and Oxford. He worked as secretary to Sir William Temple, in England. In 1694 in Dublin he was ordained as a priest. He spent the rest of his life between England and Ireland. He wrote under another name, and the first of his major satirical works was A Tale of a Tub, published in 1704. Through his writing he became close friends with Alexander Pope. They helped to found a literary group in 1714, called the Martinus Scriblerus. He wrote prose, satirical pamphlets, poetry, essays and sermons in his lifetime. He died in 1745, and his estate was left to found a hospital for the mentally ill, St Patrick’s, which still exists.

So, what did I think? Does it deserve to be a classic? 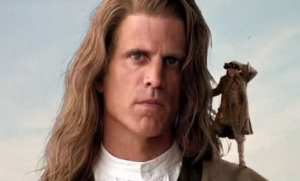 Undoubtedly. Not only was Gulliver’s Travels a hit in Swift’s lifetime, the book has been continually relevant to Western society. It has apparently never been out of print. It is also genuinely funny. I’ll give you a few examples of its brilliance. When Gulliver is in Lilliput (the land of the tiny people) he observes that there have been six rebellions raised on the breaking of an egg. His present Majesty’s grandfather once cut his finger on the shell when breaking it by the ancient principle, so an edict was published commanding all subjects to break their eggs on the small end. ‘It is computed, that eleven thousand persons have, at several times, suffered death, rather than submit to break their eggs at the smaller end’. The ‘Big-Endians’ found sympathy in Blefuscu, the neighboring nation, and so a ‘bloody war hath been carried on between the two empires for six and thirty moons’.

To me, this seems a parody of wars begun (and continued) over differences in religion. England was in the process of crushing the Jacobites, when Swift was writing. Gulliver is eventually suspected of being a ‘Big-Endian’ in his heart and is accused of treason, after putting out a palace fire by pissing on it.

In Brobdingnag the people are giants and the king makes many observations of England. He has been carefully calculating what Gulliver has told him about taxes. Gulliver writes: ‘But, if what I told him were true, he was still at a loss how a kingdom could run out of its estate like a private person. He asked me, who were our creditors? and, where we found money to pay them?’ You can see why this book still strikes a chord. The king also wonders what business England has out of its own islands ‘unless upon the score of trade or treaty, or to defend the coasts…’. Swift is mocking England’s excessive conquering and colonising. When Gulliver tries to give the king the secret of gunpowder, he is horrified. 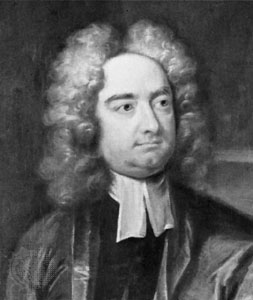 There is humour of a more ‘base’ kind in Gulliver’s Travels too. Satire works best if political and observational humour are mixed with slapstick and the rude (as with contemporary texts, like the Simpsons). In the Brobdingnag section, Gulliver remarks at the hideousness of the skin of the giants when seen up close. He describes a nurse’s ‘monstrous breast’, the nipple ‘was about half the bigness of my head… and the dug so verified with spots, pimples, and freckles, that nothing could appear more nauseous’. Later on he is astride the nipple of a maid of honour, ‘a pleasant, frolicksome girl of sixteen’.

On the other fantastical worlds, briefly: Laputa seems a place where logic or reason has gone too far (everything is judged by mathematical and musical terms). And there is a very fun passage in Glubbdubdrib where Gulliver is assisted in bringing back the dead. He learns from dead people of note that ‘the royal throne could not be supported without corruption; because, that positive, confident, restive temper, which virtue infused into man, was a perpetual clog to publick business’. Many of these dead owed their greatness and wealth to perjury, oppression, fraud – Gulliver observes – and worse: sodomy, incest, the prostituting of their wives and daughters, betraying their country, poisoning, and perverting justice.

My favourite land was the final one, of the Houyhnhnms. These horse-folk have no terms for power, government, war, law or punishment. The human-like creatures in their world are base, unintelligent and barbaric, called Yahoos. There is a brilliant passage when Gulliver’s host Houyhnhnm asks him what are the usual causes or motives of war, back in England:

‘Sometimes the ambition of princes, who never think they have land or people enough to govern: sometimes the corruption of ministers, who engage their master in a war, in order to stifle or divert the clamour of the subjects against their evil administration. Difference in opinion hath cost many millions of lives: for instance whether flesh be bread, or bread be flesh: whether the juice of a certain berry be blood or wine; whether whistling be a vice or a virtue: whether it be better to kiss a post, or throw it into the fire: what is the best colour for a coat, whether black, white, red, or grey; and whether it should be long or short, narrow or wide, dirty or clean; with many more. Neither are any wars so furious and bloody, or of so long continuance, as those occasioned by difference in opinion, especially if it be things indifferent.’

It goes on, ‘Sometimes one prince quarrelleth with another, for fear the other should quarrel with him’, and so on. It is sad, funny, true. For the first time, staying with the Houyhnhnms, Gulliver really begins to see the ridiculousness of his race of ‘Yahoos’.

One reason this land struck me is because the seductiveness of a simpler, quieter, structured life is so understandable to contemporary readers. I was thinking of the desire for a sea change/tree change that many possess; my own desire (sometimes) to be tucked away in the sparsely populated, naturally beautiful Scottish Highlands. The ‘downfall’ of human nature into greediness and pride that Swift depicts has escalated, in many ways. In other ways, we are so much better off. That doesn’t even really need to be said. His criticisms are still relevant and still amusing. The book still has the ability to make you think about society, politics, war, religion; about human nature, history and the present. Parts of it induce laughter, delight; other parts stir a kind of longing. Well they did for me, at least. I have itchy feet.

One last thing I’ll say is that I felt sorry for Gulliver’s wife, the whole time. He would come back, tell her stories, get her pregnant and then run off again! My annoyance was somewhat appeased, though, by Alexander Pope’s Verses on Gulliver’s Travels included at the back of the book. One poem is called: ‘Mary Gulliver to Capt. Lemuel Gulliver: An Epistle’. In this, Mary Gulliver is reading over his adventures, lamenting them. She has kept herself for him, and is pretty cranky about him getting out his giant ‘appendage’ to put out the palace fire, among other things:

‘How did I tremble, when by thousands bound,
I saw thee stretched on Lilliputian ground;
When scaling armies climbed up every part,
Each step they trod, I felt upon my heart.
But when thy torrent quenched the dreadful blaze,
King, Queen and nation staring with amaze,
Full in my view how all my husband came,
And what extinguished theirs, increased my flame.
Those spectacles, ordained thine eyes to save,
Were once my present; love that armour gave.’

These poems perfectly complement the main narrative. It’s like putting the book down at the end and having a discussion with someone very clever about it, going over all your favourite parts.