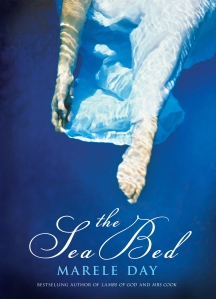 In the lead-up to the Bellingen Readers and Writers Festival, I’ll be putting up a series of (short) reviews of books I’m reading in preparation.

The Sea Bed is set around an island with a tradition of ‘sea women’, who, for generations, have dived, dangerously and artfully, for abalone and other edible sea creatures. The novel is presumably set in Japan (though it is never stated), but sea women are present in other cultures too (ie. in Korea).

Chicken is a young woman working at Ocean World, posing for the tourists as a sea woman, carrying the weight of her family’s, and the community’s, past. Her sister Lilli could not bear the weight of secrets from the past (pressing like the sea on her lungs) and so left for the city as soon as she could. Arguably, the main character in this story, though, is the outsider: a monk who is on a mission to take the remains of a fellow monk to the sea. He also ends up at the island. Connections emerge, and coincidences occur, tying the monk’s mission to the women on the island.

This is a subtle, sweet story. Each of the characters faces the world and the past with a different face. The monk is curious but easily overwhelmed (after the structure of his days at the monastery); Chicken is committed, loyal and hopeful; and Lilli is a kind of dreamer and an opportunist, preferring gloss to reality. Day captures the importance of tradition for a community, and hints at the sadness (but the inevitability) of change. She does this  through settings like Ocean World, a sea folk museum, and through the sea festival. The festival is now a ‘re-enactment’ for the tourists, and the diving women are part of the spectacle. Despite this, the overall feeling is that the past does continue to echo through a place, often in surprising ways. And many of the characters do remain dutiful to the past, and to other people.

Day also captures a very subtle eroticism in regards to the sea women, and the sea in general: the underwater world, the kelp, the sea food. This is all tied in with danger and death: the sea bed, in which to create, and to finally rest. Again, a kind of inevitability. There is a touch of magic about it, too, or maybe it’s faith: in stories, in myth, and in coincidence, and in the power of collective and residual dreaming. All of it makes up the sediment of the sea bed, which remains—even if the abalone has been fished out.

The descriptions of the island, the diving costumes, sea life and sea food are quite exquisite. This is a quiet book that transports you for a while to another, tangible place, and leaves you feeling warm.

I will be chairing two panels with Marele Day, award-winning author of Lambs of God and Mrs Cook, at Bellingen Readers and Writers Festival. They are:

‘An Australian in Paris: Setting Fiction Overseas’, with Kirsten Tranter and Alan Gould, at 11:40am on  Sunday 25 March, and ‘The Power of the Story’ (on short fiction) with Robert Drewe and Charlotte Wood, at 2:15pm that afternoon. Find out more about the festival here.

This post will be added to my tally in the Australian Women Writers Reading + Reviewing Challenge.

My Tweets
SO needed this today, thank you @antique_bar for helping us get through another lockdown by delivering cocktails to our door! 💕
I panic-bought books again! @avenuebookstore #melbournelockdown