This first appeared in the Australian over the weekend of 24 & 25 December, 2011. Thanks to Stephen Romei for seeking my contribution. 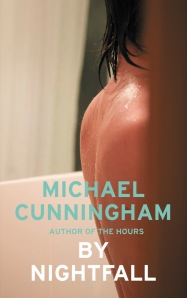 In 2011 I caught up on some classics: I enjoyed being isolated with aging actor/director Charles Arrowby in Iris Murdoch’s The Sea, The Sea. I took to sea with Gulliver on his travels in Jonathan Swift’s masterpiece, which is a surprisingly easy read (for a book from 1726). Brave New World, Portrait of a Lady and The Picture of Dorian Gray left impressions.

I was lucky enough to see Michael Cunningham speak in Sydney, Melbourne and London. In his new novel By Nightfall a married man becomes fascinated by his wife’s younger brother. It’s about art, passion, loss and longing. I also re-read his spectacular novel The Hours.

While travelling, I read Alison Bechdel’s moving graphic memoir Fun Home, which I found in Shakespeare and Co., Paris, one of the best bookstores in the world.

Closer to home, I gobbled up NZ-author Rachael King’s neo-gothic Magpie Hall; went on an epic historical adventure with Dominic Smith’s Bright and Distant Shores and was compelled by Wayne Macauley’s The Cook. I was seduced by art and the past in Alex Miller’s Autumn Laing. Best biography: Hazel Rowley’s Franklin and Eleanor. Best short story collection: Amanda Curtin’s stunning Inherited. Best poetry: Ali Alizadeh’s Ashes in the Air.

My Tweets
Thanks for reading Joan, @nicolamartinwriter. Glad it could transport you somewhere warm! 🌞 🌵
First haircut in like a year. Feels v good 💇‍♀️💛