Sydney-based arts and culture journal Ampersand Magazine sits somewhere between literary journal, art glossy, and street mag.  Eschewing cool irony, it explores notions of humanity and societal change through rare, unorthodox topics with a historical or technological bent. The publisher, Ampersand, is now the local distributor of niche artistic and literary journals like New York’s Cabinet Magazine and San Francisco’s The Believer, which exert a clear influence on the journal’s style.

Janus Faces, the second and most recent issue, is tiny – postcard sized, with a pretty vintage-style cover depicting its theme: Janus, the Roman god of bridges and doors. Janus was often used to represent the changing from one state into another: past to future, coming of age, changing visions and universes. The theme is explored in creative and unpredictable ways, from found photographs, to self-written eulogies, erotic fiction, non-fiction pieces on the philosophy of fishing, whip cracking, the apocalypse and more. Serious subject matter is interspersed with attempted comic relief – time travel advertisements, fictional letters to the editor and love letters from time travelers.  Unfortunately, these were a bit unfunny – their obscurity made them feel like in-jokes.

Yet a spirit of genuine intellectual enquiry underpins many of the pieces, such as academic Suzannah Biernoff’s analysis of a former surgeon’s drawings of the disfigured faces of wounded WWI servicemen. She attempts to explain why we feel shame when we gaze upon the maimed or disfigured. The portraits themselves are reproduced here – carefully, meticulously, almost intimately rendered – and Biernoff wonders whether they had a therapeutic impact on patients.

Journalist Lisa Pryor‘s travel essay offers a fresh perspective on that long fraught issue, immigration. Her trip begins as ‘The Sarcastic Bitch Tour of America, a journey to the heart of cliché’. Visiting the US-Mexican border forces her to rethink its greatest cliché – insularity. Half a million undocumented migrants are estimated to cross this border annually, compared to around 1000 asylum seekers received by Australia. It is we who are insulated from the global poor, Pryor points out, gently questioning any moral superiority we might feel we have, in this respect.

What happens when we act out our pain, simply to have it recognised by others, and thus alleviate our loneliness? Jazz Andrews’ simply told, affecting story about taking his clothes off in a supermarket is an attempt to answer that question. It’s unclear whether the story itself is fiction or non-fiction; if the character is mentally ill or simply fulfilling a dramatic fantasy. Either way, it’s intriguing.

Christos Tsiolkas’ review of the documentary Bastardy pays homage to the generous, indomitable spirit of its subject, Aboriginal actor Jack Charles, whom he says offers a possibility beyond despair for black-white relations. Because Tsiolkas is so insightful, and because we know he’s no romantic, we trust his glowing review.

Editor Alice Gage’s interview with costume designer and Fitzroy stalwart Rose Chong provides insight into the Pram Factory, a radical Melbourne theatre that became a hub of creative life in the seventies. The dynamics between Gage and Chong are laid open, revealing their similarity. Despite age differences, both somehow represent the counter-culture vibe of Fitzroy, with its uneasy combination of creative hedonism and adamant asceticism.

The journal is accompanied by a DVD performance of ‘Yelling at Stars’, the keynote address at Melbourne’s 2008 Next Wave Festival. It’s a message transmitted into outer space from the Sidney Meyer Music Bowl. Writer/director Willoh S. Weiland stands in a canoe talking about simple, human things: a girl’s first love, a boy she knew that died, her relationship with her mum. There’s something touching about her honest attempt to come to terms with the world; its earnest, cosmic focus offering a welcome pause from the irony, cleverness, and information we’re constantly bombarded with.

The visual art (sketches, collage, design, painting, photographs) and poems failed to make an impression on me, the exception being Eric Kessels’ found photographs: images of a Dutch woman taken in a shooting booth in nearly identical poses between 1936 and 2008. Ampersand’s media kit markets the journal as a ‘world unto itself’ and ‘an elusive audience to all but those within it’, but at times it’s a bit too elusive.

It took Alice Gage almost a year to produce this issue, and she solicited many of the contributions herself. Her hard work is apparent. Even though some of it falls flat, there’s some really exciting, surprising writing in Ampersand Magazine. It should be devoured by readers hungry for something new. 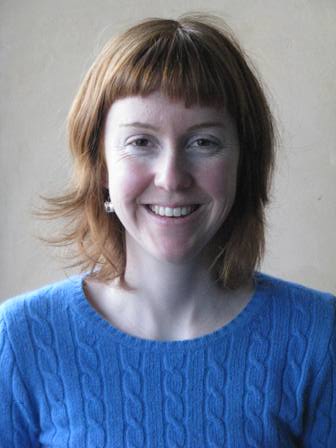 Raili Simojoki is a freelance Melbourne-based writer. You can read some more of her work here.