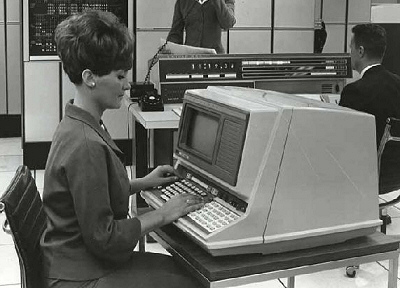 The following article is a slightly amended version of the speech I gave during the Emerging Writers’ Festival panel The Revolution Will Be Downloaded, May 2009.

In my reading of cultural blogs (particularly literary blogs), and through a growing audience for LiteraryMinded, I have found that some recurring elements exist in blogs which could be deemed successful. My measure of success isn’t necessarily a huge number of hits, but a loyal, returning audience of readers that grows over time.

I’ll first give you a bit of background on LiteraryMinded. I started the blog on Google’s blogger platform in May 2007. I was living in (coastal Australian small city) Coffs Harbour, I worked in a bookstore, and I was studying film and literature. As much as I was surrounded by great people, there weren’t many who shared my passion for literature. My conversations about books basically occured over the counter at the bookstore, or with my fellow employees. After I’d started doing the occasional freelance review, author interview and article for Bookseller+Publisher, I started the blog as a bit of an outlet for my passion. B+P gave me permission to reprint content on the blog, and I found it then also acted as a bit of a publication record, or literary CV.

I moved to Melbourne in March 2008, started working full-time at B+P and by now had figured out (basically from reading lots of blogs) that combining the semi-personal and the literary was beneficial in growing an audience. I blogged extensively on the Melbourne Writers Festival (both serious events and authors-in-the-bar stuff), and Antony Loewenstein mentioned me on his blog, which led to the attention of Crikey. Crikey chose me as their literary blogger because they felt I had enthusiasm and a ‘finger on the pulse’ of the literary world. I was now contracted to write, and have found the rhythms in which I like to work in. More and more I have learnt what makes a cultural blog readable, accessible and interesting, and I’m sure I’ll continue to learn, but for now I’ll share with you six points:

Only by embracing cultural blogging as a different medium in both form and style to cultural work and cultural criticism in print can we create innovative, interesting content that stands on its on, not necessarily in comparison. What we can embrace is the fact that the blog is a narrative. That it is transient and linear (the blog grows as does its writer), but the pieces also exist permanently (possibly) to be recalled in google searches or through links from other sites and backtracks on your own. And while it may be linear, in a sense, it is also incredibly rich and multifaceted, in terms of the links, feeds, appropriations, communication and references one can use in single posts or threads.

So a blog is a narrative, it’s a journey, and there has to be an embracement of this, then there is potential for innovation in the medium.

An example I would use, where I’ve attempted to utilise the richness of the internet, is my ‘responsive’ interviews (links to them here). I send the authors a set of ‘prompts’, and they send back ‘responses’. These may be words, images, sounds, videos or links, basically whatever can be found at their disposal. In this, I am trying to embrace the medium, and also embrace the creativity of the respondents. I want them to enjoy the experience as much as the reader. Another example, which other people are doing well, (unfortunately I don’t have the equipment) is video blogging, which embraces the immediacy of the medium.

So, a cultural blog doesn’t have to try and be ALR, ABR or any other print publication. It is a different medium, and I don’t think there has to be a war between them. I think they can and should coexist. And note here I’m talking about cultural content, not news and journalism, where it is becoming hard to know how journalists of the future will get paid to write quality content online. But that is a whole other article.

I think it’s important to embrace the fact that the ‘personal’ and the ‘confessional’ are becoming simultaneous with many successful forms of internet writing and interaction. But this does not mean inane writing, or even necessarily personal detail.There has to be a balance. The personal should be related to the blog’s theme and content, which I’ll get to.

It doesn’t mean that one can’t write an objective, quality review or article; but regular readers like to know where it is coming from, and how (through getting to know your blog personality) they might stand in relation to this review.

The personalisation and connection means that the blog, which is a narrative and journey, will be joined by readers if honest discovery, personality, insight and interest are incorporated into the blog – this is what I mean by personalisation.

Personalisation relates to the third point I find in successful cultural blogs – a maintained persona or character. To call it a ‘character’ is not to say it isn’t a genuine self – but it’s more a projected set of quirks, interests, a personality, to which the blog readers can relate.

Blog personality may be a representation of the critical/intellectual self and not the actual day-to-day person you see in the mirror. Similarly it may be the satirical self, the sexual self, the emotional self, or as mine is, the literary-minded self. Either way, it’s still a genuine self, but in its consistency, the blogger is more likely to draw a sustained, regular and loyal audience. The cultural blogger must not fear esotericism.

I’d say a blog is probably closer to a TV series than another textual format, due to the linearity and development. Think of something like Seinfeld, for example. Viewers continue to tune in, get to know the characters, and see how they react to different situations etc. In a similar way, readers will return to a blog whose ‘character’ they relate to and are entertained by.

Even of cultural blogs that are more informational, the ones I enjoy have a selectivity of content which displays a personality and interests. One that is carefully controlled and aware. Again, there is no fear of being esoteric. As a quick example, both Beattie’s Book Blog and the film blog CelluloidTongue are like this. We don’t know a great deal about the writers’ personal lives when reading, but due to the selectivity of content, the occasional aside, and the writing style, both blogs have a strong, sustained persona.

Theme is another essential element which is related to character. To go back to the TV series analogy: Jerry, George, Kramer and Elaine don’t suddenly find themselves in a noir setting dealing with a murder mystery, with a bleak ending. Audiences would be confused and resentful. It goes back to the esotericism – a blogger can’t be overly ambitious and try to appeal to everyone. By having a thematic focus – such as books, like mine, readers with similar interests or curiosities will visit and then (combined with the other factors) return.

Thus we’re seeing cultural blogs that have their own genres – litblogs, filmblogs, foodblogs, feminist, political, and so on. Sometimes there are a few themes combined but to pull this off, the character or persona really has to be strong. And of course, the writing itself.

It’s okay to have motives. Of course, I want people to be familiar with my writing, but why the hell would they be if I just tried to shove it down their throats? I’m instantly turned off blogs that are obviously egotistical exercises. Same with Twitter feeds. The reader has to get something out of it. You need to want to give that reader something. Why else do you write overall? Bloggers should blog because they love to write about what they’re writing about. You have to enjoy the process.

Communication with your readers, through the comments and through other social media is highly beneficial. And fun! Facebook and Twitter especially. Some people don’t like to comment in a public forum, so being accessible by email, Facebook messages, Twitter @ replies etc. will provide you with valuable feedback, a loyal audience (again) and even allow you to meet like-minded souls.

Let me just use Rachel Hills and her blog as an example. It has a sustained readership, and thus has a level of success. On the first point – Rachel embraces the medium, embedding videos, linking to people she writes about etc. Secondly, it is personalised – one of her recent posts was about her excitement for the Emerging Writers Festival. Third, she maintains an accessible persona as a politically aware, feminist, pop culture interested, woman and commentator. Her own personal interests like fashion and her own navigation of the cultural world are personalised and intelligent. Fourth, her blog has a balanced, broad but selective theme of cultural, political and pop cultural comment and reference. Fifth – she definitely seems like she enjoys doing it, and this gives her professional CV more meaning. And finally, her Twitter feed very much complements her blog, in all these areas.

Let me also say that multiple-author blogs can still possess the above qualities. Think again of Jerry, George, Kramer and Elaine and the way they complement one another, the way their reactions and adventures are intertwined.

Blogging is different from print media, though just as viable, but you have to love it and you have to embrace the medium, which is narratival, and also utilises the multifaceted nature of the internet. Personalisation is apparent in the majority of successful cultural blogs. A consistent character and theme are essential. Good, engaged writing is essential, and communication and the utilisation of other social media is essential. In short – be enthused, engaged, consistent and embrace in order to innovate.

36 thoughts on “Embracing the medium: what makes a successful cultural blog?”