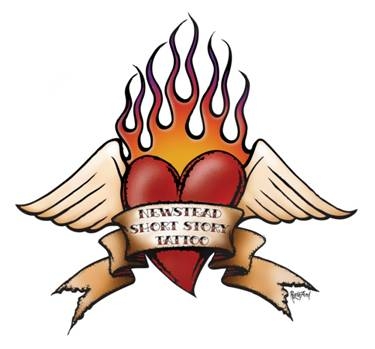 Although I’m taking my laptop this weekend, I may not be online. If you would like to keep up to date on the Newstead Short Story Tattoo (or just my silly and possibly drunken adventures) follow my Twitter feed – I can update from my mobile phone (but not check any replies).

If you are in Vic and feel like going for a nice little drive this weekend, this sexy session is on tonight:

Tomorrow, Torpedo Volume 5 is being launched, then I’m in this one:

The Fictitious Woman brings together some of the strongest storytelling female talent around including Carmel Bird, Cate Kennedy, Jospehine Rowe, Angela Meyer, Tiggy Johnson, Eleanor Marney (to be confirmed) and Newstead’s own Janet Barker. This event will be MC’d by the driver of all things wordy, direct from Chewton, Zoe Dattner.

My chauffeur/ROAD TRIP buddy Rhys is in this one:

Crimes and Crucifixions celebrates stories that have crime, may be about crime, or have nothing to do with crime. The Newstead Courthouse, with its tales of woe and ghosts, is the ideal place to face the jury and bench and read aloud the tales of Lucy Sussex, Eric Dando, Anne Gleeson, George Ghio, Helen Cerne, Rhys Tate, Fraser Mckay and Phil Mac on the saw with some tales of his own. Entry by donation.

Then there are Fire Stories – mmm, lit-warmth; A Pleasant Sunday Morning with one of my favourite writers Paddy O’Reilly; The Hard Ball – footy stories; and Dig’s Local Legends. See all venue and time details (and author bios) at the website.

Now for a little round-up of links for the week:

* Ubud Writers and Readers Festival in Bali (at which I’ll be doing a panel) will take place from 7 to 11 October. They have just launched a new website. They are also on Twitter (and I’m sure the feed will grow more active in the coming months); and you can becomes a fan on Facebook.

* Speaking of new websites – you may remember my review of Louisiana Alba’s Uncorrected Proof. Well, ElephantEars Press has a new space, and here’s a great post on Louisiana’s blog about parodical influences…

* There’s an exhibition at the National Gallery of Victoria for Jane Austen fans (or anyone who loves history, really) called Persuasion: Fashion in the era of Jane Austen. Must get along and see this, and the John Brack, myself soon.

* Feel like reading something girly and fun, while raising money for Muscular Dystrophy? Check out Australia’s Biggest Book Group.

* Bloomsday is coming up on 16 June! I’m actually really excited, as I’m half-way through Ulysses and it’s an incredible work. I’ll write more about it when I’m finished. There’s an organisation called Bloomsday in Melbourne holding a few events and I can’t choose which to go to! Is anyone else doing something for it?

* Director Spike Jonze has a blog – We Love You So – charting the lead-up to the release of his film version of Maurice Sendak’s Where the Wild Things Are. It’s uber cool.

* Steven Amsterdam has been interviewed on ABC Radio National’s The Book Show. Check out the podcast. Stay for the great reading toward the end!

* And lastly, the May/June issue of Bookseller+Publisher is now available as an emag. Download from the website (top right). In this issue I reviewed Will Elliott’s memoir of schizophrenia – Strange Places. There are also articles on the ABA’s opinion of the Google Books Settlement; the latest slate of MBS titles; interviews with Irfan Yusuf and Nicholas Rothwell; and plenty more reviews of upcoming books including Brian Castro’s The Bath Fugues and Tim Flannery’s Now or Never.

One thought on “Off to Newstead”