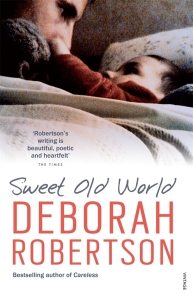 This article was originally published in The Big Issue no. 402.

The author of award-winning, bestselling novel Careless (2006) and the earlier short-story collection Proudflesh (1997) left her teaching position at Murdoch University—eventually relocating from Fremantle to Melbourne—to embark on her first novel as a full-time writer. It was to be about three sisters working together to have a child. ‘I worked for 18 months on that novel,’ Robertson recalls. ‘I knew the psychology, I knew the conflicts, but I hadn’t hit blood.’

Then she had a brainwave: who are the men in these women’s lives?

‘Quite coincidentally, a few men I know said glancing—but piercing—things about wanting to be fathers, and when I questioned them on this, out tumbled these secret desires. They were all intensely physical desires, too, which really belied the stereotype that it’s women who feel that.’

Robertson became interested, then, in why the desire to be a father, which is such an important rite of passage for a man, can almost have a kind of shame around it.

The result, Sweet Old World, is about a middle-age man who aches for a child. David—a journalist bent on exposing hypocrisy—is living on the island of Inishmore, off the west coast of Ireland, helping his sister with her guesthouse and writing his book on ‘corporate mendacity’. He meets an Australian girl called Esther and, later, her mother, Tania, who is scarred by past losses. David and Tania take solace in each other. 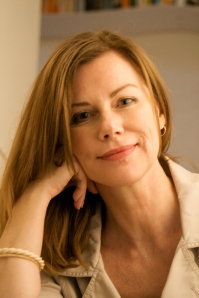 David’s yearning, and its effects, are at the core of the novel. His first encounters with Tania are wary, hopeful and joyful, and the reader is swept up in his observations, his emotions, his past and his pain (emotionally and physically; he is encumbered with a back injury incurred on the same night he realised his desire to have a child). But, says Robertson, ‘his desire to be a father has left David very vulnerable, and sometimes vulnerability deforms actions in all sorts of ways’.

Some of the stories David worked on as a journalist were about animals, and this is tied in to his overall story as a kind of subtle, background metaphor. ‘I’m trying to get back to that sort of visceral urge to recreate,’ explains Robertson. ‘We don’t escape our animal bodies, as much as we might try…’

David’s role model is English sci-fi author JG Ballard (1930–2009). Robertson considered Ballard’s extraordinary life story relevant to David’s ideals. ‘[Ballard was] this unbelievably subversive writer who did this incredibly unorthodox job of raising three children in a suburban house. He writes about his children, and fathering, so beautifully. For me, he is the most moving example of masculinity.’

Ballard’s life ‘furthers the idea that there is a real nobility in being a good parent. Especially if you’re coming against a stereotype, as Ballard did, being this wild thinker and still being able to create such safety for his children. Although there were lots of fish fingers, I think.’ Robertson laughs. ‘He said what they ate wasn’t as important as what they had in their hearts, which is absolutely true.’

The contained setting of the novel—between Inishmore and Galway—makes the reader’s connection with David more intimate. The harsh terrain of Inishmore had always haunted Robertson, which she describes as an island becoming extinct. ‘The more I wrote about David, the more I wanted to set him up in a place that reflected his vulnerability, and those feelings of extinction, and the way—because he’s not a young man—he’s rutted by the past, by the erosion of the past. I wanted to subtly have a landscape that can also reflect, I guess, the transience of things.’

The novel works as a kind of existential text, and it seeps into the reader’s consciousness. David’s observations—the Elvis impersonators on the Inishmore ferry; the conversation he has with an ex-coma patient; memories he has while trapped by his bad back; and ecstatic moments with Tania—are tinged with a poignant consideration of transience.

Sweet Old World gives the reader room to contemplate many things—as did Careless, a novel that, among other philosophical questions, considered the way we cope with unfathomable tragedy: ‘What I’ll always be interested in… is forming a kind of contract between myself and the reader to say, okay, in this space, let’s think about the meaning of life: yours, and these characters’, and, by proxy, mine. But we’ll do it through human experience, through story. And I mean no one that draws breath on this earth gets away from the ultimate question: how do we make meaning in our lives?’

This post will be added to my tally in the Australian Women Writers Reading + Reviewing Challenge.

6 thoughts on “The isle of man: Sweet Old World by Deborah Robertson”

My Tweets
New job!! Delighted to report that today I start a fixed-term full-time contract as a lecturer in RMIT’s well-regarded Master of Writing and Publishing. I’m excited to work with Tracy O’Shaughnessy, Rose Michael & others, and look forward to meeting the students. With my small research component I will continue my work on sustainability in the Aus book industry 😊📚🌳
Pizza Girl 🍕 by Jean Kyoung Frazier. Gobbled this up. A young, pregnant pizza girl is drawn to an older woman who orders a pepperoni with pickles for her son. It’s a book about a young woman coping with overwhelming change & responsibility before she’s really had a chance to decide what her life might look like. She’s cared for and cared about but she has an undeniable drive toward escapism, toward more or something *else*, and it’s somewhere between an urge to destroy and one to nurture. The presence of her alcoholic father, now dead, looms large. It’s tightly written, a sympathetic and satisfying read.